PastBook - a fast growing Deloitte Technology Fast 50 company - announces today that it has refreshed its logo and identity. The new look will support the company's growth plans around its newly launched One-Click Photo Products platform: thanks to PastBook’s sophisticated technology, the platform will enable anyone around the world to “automagically” turn their Facebook or Instagram photos into printed photo products such as photo books, cards, calendars and more - in the most frictionless way possible. 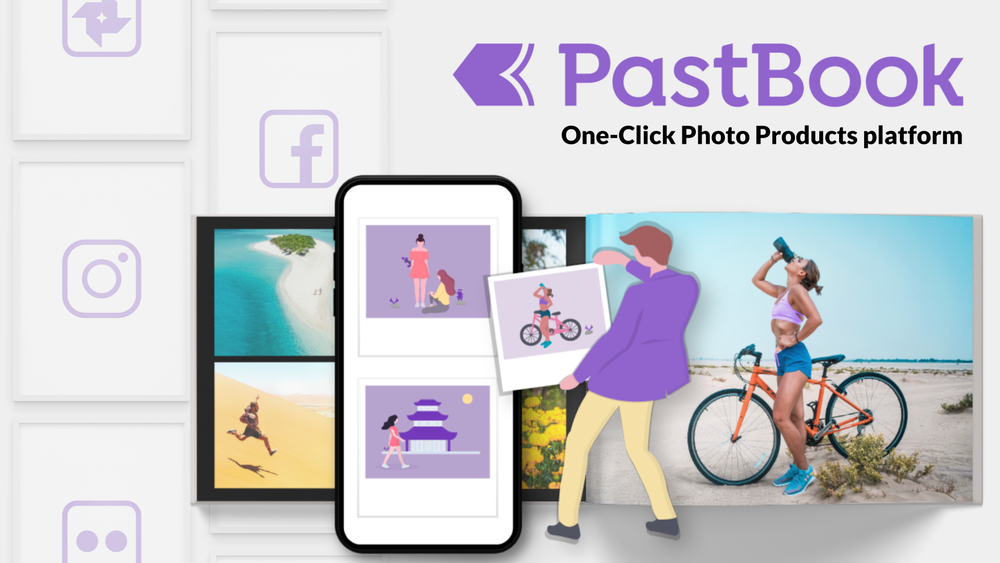 Amsterdam, NL - 24 September 2019 - PastBook (https://www.pastbook.com), a fast growing Deloitte Technology Fast 50 company, specialised in one-click photo products, unveils today its new logo and brand identity: a refreshed look that will accompany the scale-up in its growth plan for the future.

The new logo is simple and modern while still incorporating a retro and nostalgic feeling, a characteristic that has always been a key component of the PastBook identity. 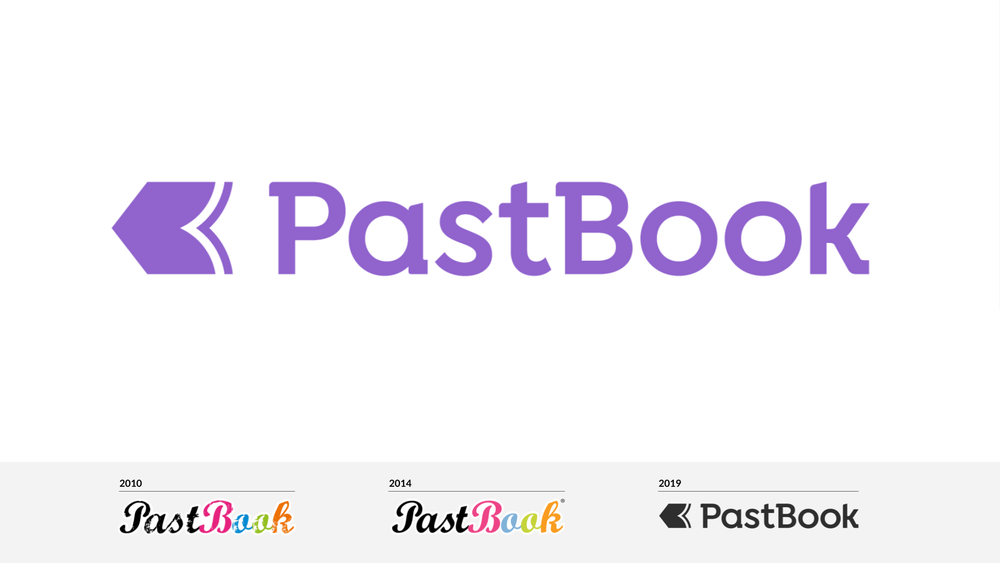 The new word-mark is a unique, handcrafted typography based on vintage serif fonts with a modern and refined touch. It is highly legible and combines upper and lower case letters.

The new symbol looks like an arrow that, upon closer inspection, comprises  a rewind sign and the pages of an open book.

With the restyle comes a new primary color for the company, purple, or rather, "magic purple”, that perfectly captures the magical one-click technology that PastBook uses to create photo products for its users, and the shade of ‘nostalgia’ reminiscent of the 80s. 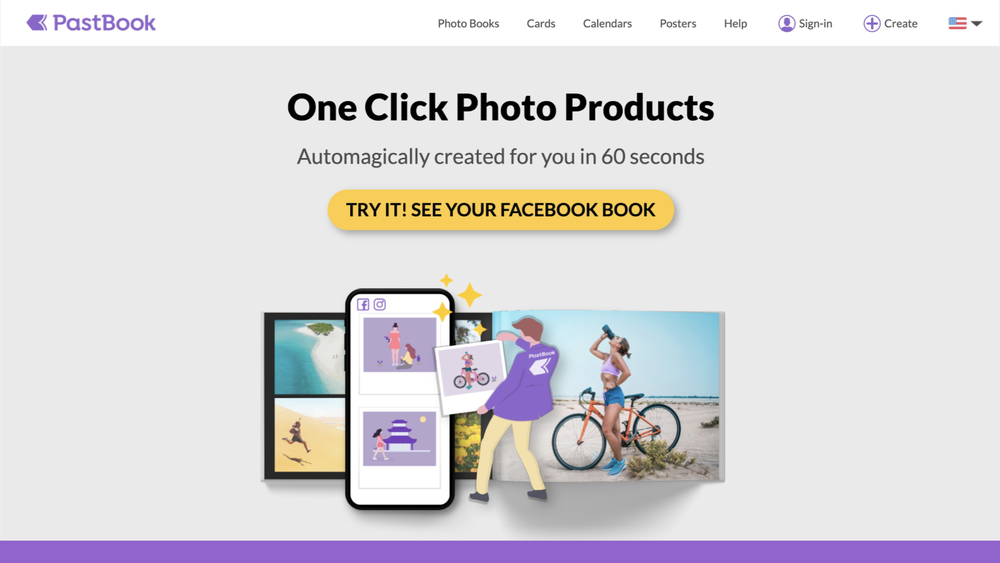 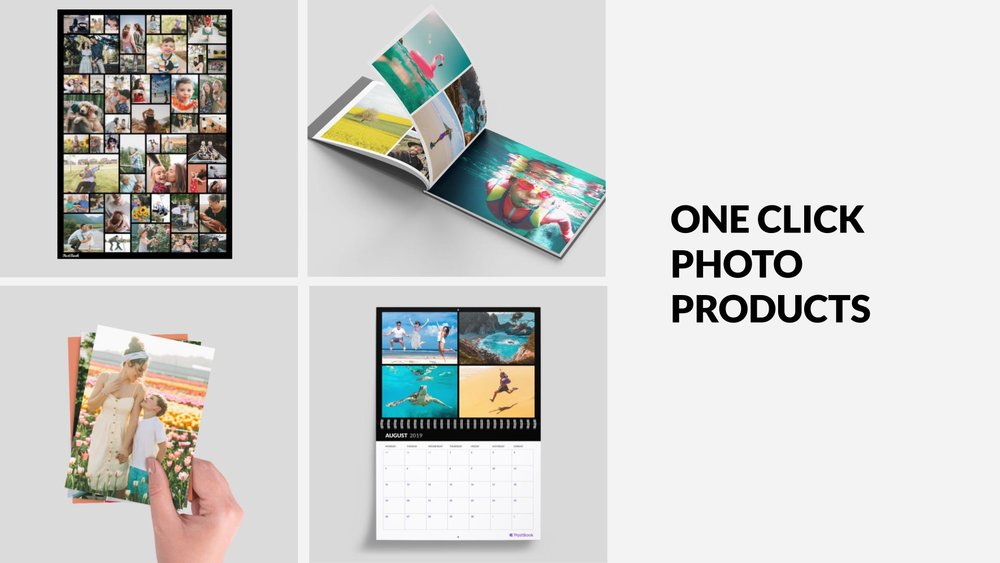 PastBook platform is unique on the market: this is all thanks to the company’s global printing facility network and sophisticated technology that automatically and intelligently selects the user’s best photos and instantly arranges them into high quality printed products - making the entire flow completely frictionless for the end user. 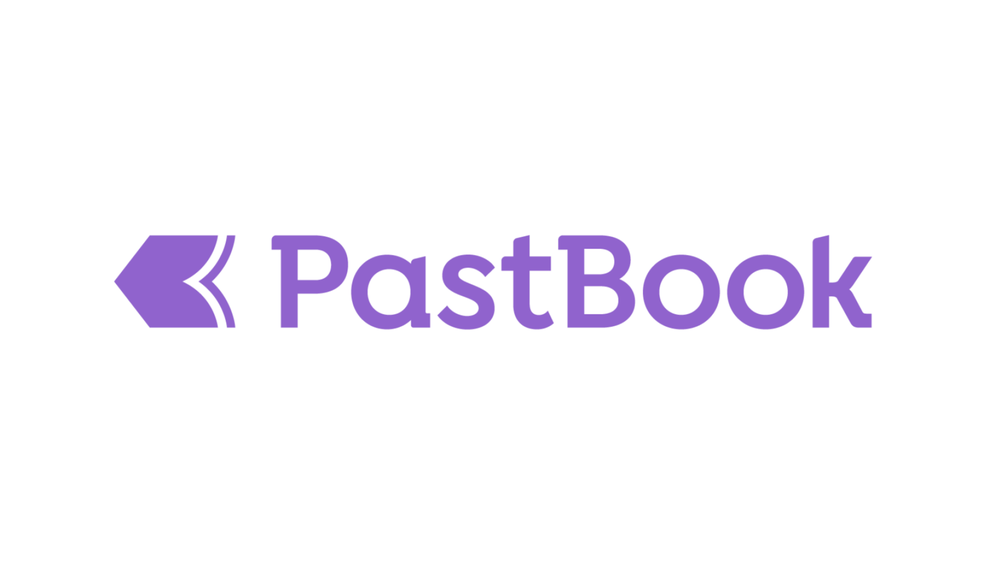 In the upcoming weeks, the new brand identity will be rolled out across the company's various communication channels and apps.


Founded in 2012 in Amsterdam, as part of RockStart Accelerator, PastBook has been named one of the ‘Hottest startup’s in Europe” by Wired, awarded as “Top 5 Fastest Growing Tech Companies” by TheNextWeb (Tech5) and nominated as “Rising Star” by Deloitte in 2016 and then listed in the Deloitte Technology Fast 50 in 2019. It has also been featured by Facebook as Success Story.

PastBook is on a mission to help people preserve and relive memories, that are nowadays scattered between social networks and devices, by offering the most frictionless experience to create a beautiful photo products, in one-click.

PastBook’s Intelligent Instant Photo Book platform automatically and intelligently selects the best photos from the designated source and it instantly arranges them into a beautiful photo product, like a photo book, cards, posters, calendars - printed and shipped worldwide thanks to PastBook global printing network.

Stefano Cutello – CEO
Former technical leader at eBay Italy and entrepreneur since the age of 18, he came up with the idea of creating PastBook when browsing through a family photo album with his father.

Having realized that he would not be able to recollect his own memories saved all over the Internet so easily, he decided to provide a platform for that.

In order to fully commit to the idea, he quit his job at eBay, relocated to Amsterdam, while having put all of his property in Italy for sale: his car, his motorbike and his house too.

Agile by definition, passionate about everything that has to do with technology, lateral thinker and an innate product developer. His motto: "hard work is the way to success".

Amsterdam, 11 October 2019 - At the 20th edition of the Deloitte Technology Fast50 award ceremony, PastBook won the category award as the #1 fastest growing technology company in the Media & Entertainment sector and made it to the top #3 of the entire competition ranking, with a turnover growth of 4623%.
24 Sep

PastBook - a fast growing Deloitte Technology Fast 50 company - announces today that it has refreshed its logo and identity. The new look will support the company's growth plans around its newly launched One-Click Photo Products platform.
31 Oct

San Francisco, October 30 2017 - PastBook has won the Award as "Best Business Potential" at Visual 1st, the newly rebranded premier conference in San Francisco focused on promoting innovation and partnerships in the photo and video ecosystem,
21 Sep

With more than 10x YoY growth in revenue for three years in a row, PastBook announces a new investment round of $2 Million to support its international expansion. PastBook Intelligent Instant Photo Books platform enables consumers to print their Facebook and Instagram memories – in one single click.
05 Apr